The work of artist Agnes Meyer-Brandis creates new stories, at the same time fantastical and believable, through the fusion of detailed factual research and enchanting fiction. Her new work The Moon Goose Analogue: Lunar Migration Bird Facility has been commissioned by The Arts Catalyst for our Republic of the Moon exhibition, which opens at FACT, Liverpool, in December.

Meyer-Brandis studied mineralogy at the University of Aachen, before transferring to the Art Academy in Maastricht, Netherlands, to study sculpture and to the Art Academy in Düsseldorf. For many years, her work explored deep in the dark zone below the earth and ice, fascinated by what lay beneath her feet. In her SGM-Iceberg-Probe, she developed an elegant probe that could be lowered into a bore hole from an exploration tent into the deep layers of the Earth, revealing on a monitor and through headphones the moving images and sounds of subterranean life forms and rocks.

In 2007, she shifted her poetic-scientific investigations to include the skies, exploring birds, clouds, planets and heavenly bodies. In her project Cloud Core Scanner, she explored the phenomena of cloud cores in weightlessness with the German Space Agency. 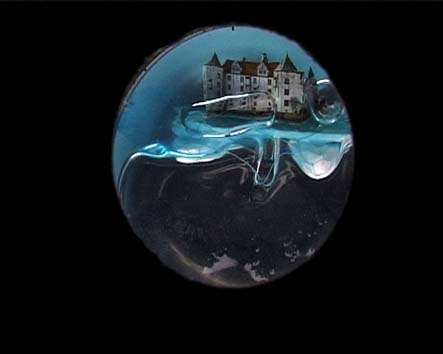 One of my favourite projects was the Public Meteor Watching event that the artist organized outside the National Center For Contemporary Art (NCCA) in Ekaterinburg, Russia, at which hundreds of local people gathered to witness the occurrence and impact of a meteor, predicted from the artist’s calculations, an astonishing demonstration of imagination, organisation and sheer chutzpah.

In The Moon Goose Analogue: Lunar Migration Bird Facility, Meyer Brandis develops an ongoing narrative based on the book The Man in the Moone, written by the English bishop Francis Godwin in 1603, in which the protagonist flies to the Moon in a chariot towed by ‘moon geese’. Meyer-Brandis has actualised this concept by raising eleven moon geese from birth within her project Moon Goose Colony at Pollinaria in Italy; giving them astronauts’ names, imprinting them on herself as goose-mother, training them to fly and taking them on expeditions and housing them in a remote Moon analogue habitat.

Below stills from the project and an extract from an interview with the artist. 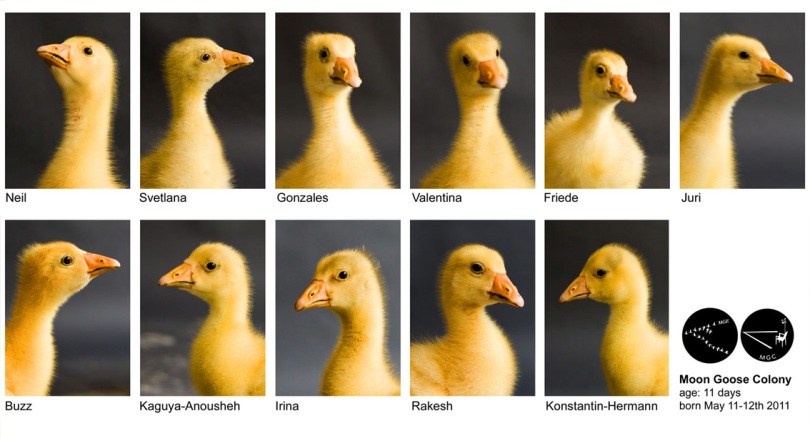