A hugely significant meeting in Washington DC last week barely made it onto the front pages of the world’s newspapers. Yet its subject could hardly be more important or more contentious. Scientists have recently stumbled on a cheap, straightforward and precise way to edit DNA in cells. Should it be used to create genetically modified children?

Scientists have been tinkering with genomes for decades, but it could be said that genetic engineering has been far more thoroughly explored in film, fiction and art than in real life, where the tools have been limited. Now there’s a technology that brings much closer the possibility of genetically modifying human embryos, to cure genetic diseases or, as David Baltimore the biologist and Nobel prize winner who chaired the summit noted: “to alter human heredity”.

The International Summit on Human Gene Editing, which took place over three days, was organised by the US National Academies of Science and Medicine, the Royal Society in London and the Chinese Academy of Sciences, and attended by over 500 participants from more than 20 countries. It was sparked by the discovery of the CRISPR-Cas9 system (explained in this short video) by researchers Jennifer Doudna and Emannuelle Charpentier. CRISPR-Cas9 has made it possible to edit the DNA of any species with incredible precision, relatively cheaply and efficiently. Laboratories are already using the technology to modify genetic material in cells and breed laboratory animals for research related to disease. But Chinese researchers recently used CRISPR–Cas9 to modify a gene in human embryos, triggering this gathering of scientists, doctors, legal experts, ethicists, industrialists and other stakeholders (and a sprinkling of artists) to discuss whether international guidelines or a moratorium on research is advisable. 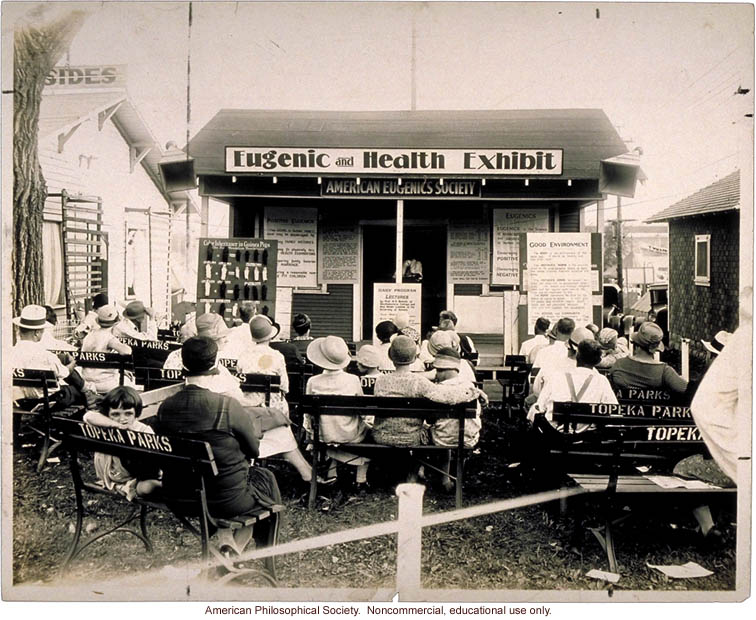 Setting a context, Daniel Kevles gave a shocking and fascinating history of eugenics in the early part of the 20th century, which included theories that traits such as ‘pauperism’, ‘mental retardation’ and ‘criminality’ were passed down in families. He noted that, in the States at that time, the drive for eugenics had a racial component: at the time, there was a social fear of “the menace of immigrants” from southern Europe. Kelves drew some obvious parallels to the contemporary situation, noting potential dangers from the history of eugenics.

There were a number of scientific panels about the potential of this technology for overcoming genetic diseases, and a great deal of discussion around ethics and international governance, particularly focusing on human germline genome modification (genetic changes that can be passed onto future generations). The breadth and diversity of views on governance was represented, at one extreme, by philosopher and bioethicist John Harris (whose position can be deduced from the title of his recent book ‘Enhancing Evolution: The Ethical Case for Making Better People’) who argued for a gung-ho carte blanche on all human germline gene editing research, and at the other, several calls for a moratorium (and even a total ban) on editing the human germline genome, either because of the moral status of the embryo, or – more commonly – grave concerns about ethical and safety implications, by speakers including the Editor of Nature, Phillip Campbell. 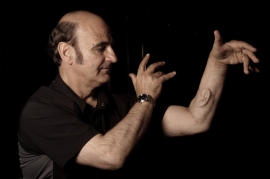 Social science scholars and ethicists raised concerns that altering human genomes could create inequality and discrimination, and sociologist Ruha Benjamin pointed out that the line between genetic therapy and genetic enhancement was not clear, and that, quoting disability studies scholar Tom Shakespeare, “although fixing a genetic variation that causes a rare disease might seem an obvious act of beneficence, such intervention assumes that there is robust consensus about the boundaries between normal variation and disability”, which – she noted – there is not. Just as the diversity of disciplines demanded seeing things from other perspectives, the diversity of cultures also led to challenges, with Chinese representatives struggling with concepts such as the rights of embryos and those deaf people who consider deafness a culture not a disability.

Social scientist Charis Thompson noted several important missing voices and debates in the summit, including health disparities, commercialisation, cross-border care and medical tourism, interests of other species, and citizen use of these technologies such as bioart and biohacking. Missing voices, she said, included disability perspectives, race perspectives, and gender and queer bioethics. Thompson’s view was that there should be a temporary ban on research to allow these missing conversations to take place.

In the final Q&A, the irrepressible bioartist Adam Zaretsky made it to the audience microphone. I couldn’t quite follow his point (it had to do with humans already being altered under the aegis of health) , but he made enough impact to nudge David Baltimore’s final summation.

At the end of the day, Baltimore read a statement written by the organising committee, that endorsed basic research into human gene editing, whilst noting the many important and worrying issues with germline editing (genetic alterations in gametes or embryos that would be passed on as part of the human gene pool). However, it fell short of calling for a moratorium or ban, merely stating that clinical use would be “irresponsible” until safety issues were resolved and there was a “broad societal consensus”. It called for an ongoing international forum.

As he read this last part of the statement, Baltimore inserted one word that was not in the published announcement: “We therefore call upon the national academies that co-hosted the summit … to take the lead in creating an ongoing international forum to discuss potential clinical uses of gene editing; help inform decisions by national policymakers and others; formulate recommendations and guidelines; and promote coordination among nations. The forum should be inclusive among nations and engage a wide range of perspectives and expertise – including from biomedical scientists, social scientists, ethicists, health care providers, patients and their families, people with disabilities, policymakers, regulators, research funders, faith leaders, public interest advocates, industry representatives, ARTISTS [emphasised and seemingly adlibbed, to audience laughter], and members of the general public.”

If the notion of artists engaging with these issues was taken lightly, paradoxically there was also some alarm at the idea of bioartists and biohackers accessing CRISPR-Cas9 technology, a seeming contradiction which I have come across time and again in the attitude of experts towards artists who are engaging with advanced, highly regulated or emerging technologies (whether nuclear, space, medical or genetic): the dismissal of art as a frivolous practice set alongside fear of its transgressive power and public reach.

The summit showed the complexity and depth of voices and conversations that need to be brought into this vital societal debate, and there is clearly a role for the skills of the critically engaged artist.

And although this summit had a specific focus on human gene editing, it is important that possible nonhuman applications of CRISPR-Cas9 should not be overlooked either by critical artists or by regulators. In a world in which humankind’s actions are destroying the biodiversity of the planet, should we commodify and alter what we have left? Should we use this technology for de-extinction of species we have lost? How does this technology change our responsibilities towards other species as well as the human race?

Questions of how artists and cultural institutions can best engage with biotechnology and biomedicine are being explored in the ongoing programme Trust Me, I’m an Artist, in which the author’s organisation The Arts Catalyst is a partner, together with Waag Society, Brighton and Sussex Medical School, Ciant, Kapelica Gallery, Medical Museion, Capsula and Leonardo/Olats.

Watch:
Genome editing with CRISPR-Cas9
Video of highlights of the Synthesis: art and synthetic biology workshop